How Judo has helped me run a web agency

Back in 2009 I received my 1st Dan black belt in Judo, and at the same time, Webbed Feet was really developing as a business. I found that a lot of the skills that I learnt in Judo were transferable and helped Webbed Feet move forward.

I’ll admit that throwing someone over my shoulder, or choking them until they pass out hasn’t helped me run a web design agency, but Judo isn’t just about fighting…

Firstly, I didn’t get my Dan grade overnight, it took years of training and hard work and of course, Judoka (people who participate in Judo) don’t go straight to black belt, they work through their belts one by one. This is analogous to a business where we adapted our business plan to take us from where we were, to where we wanted to be in a series of calculated steps. We were looking at completing smaller steps, but always with the end goal in mind. 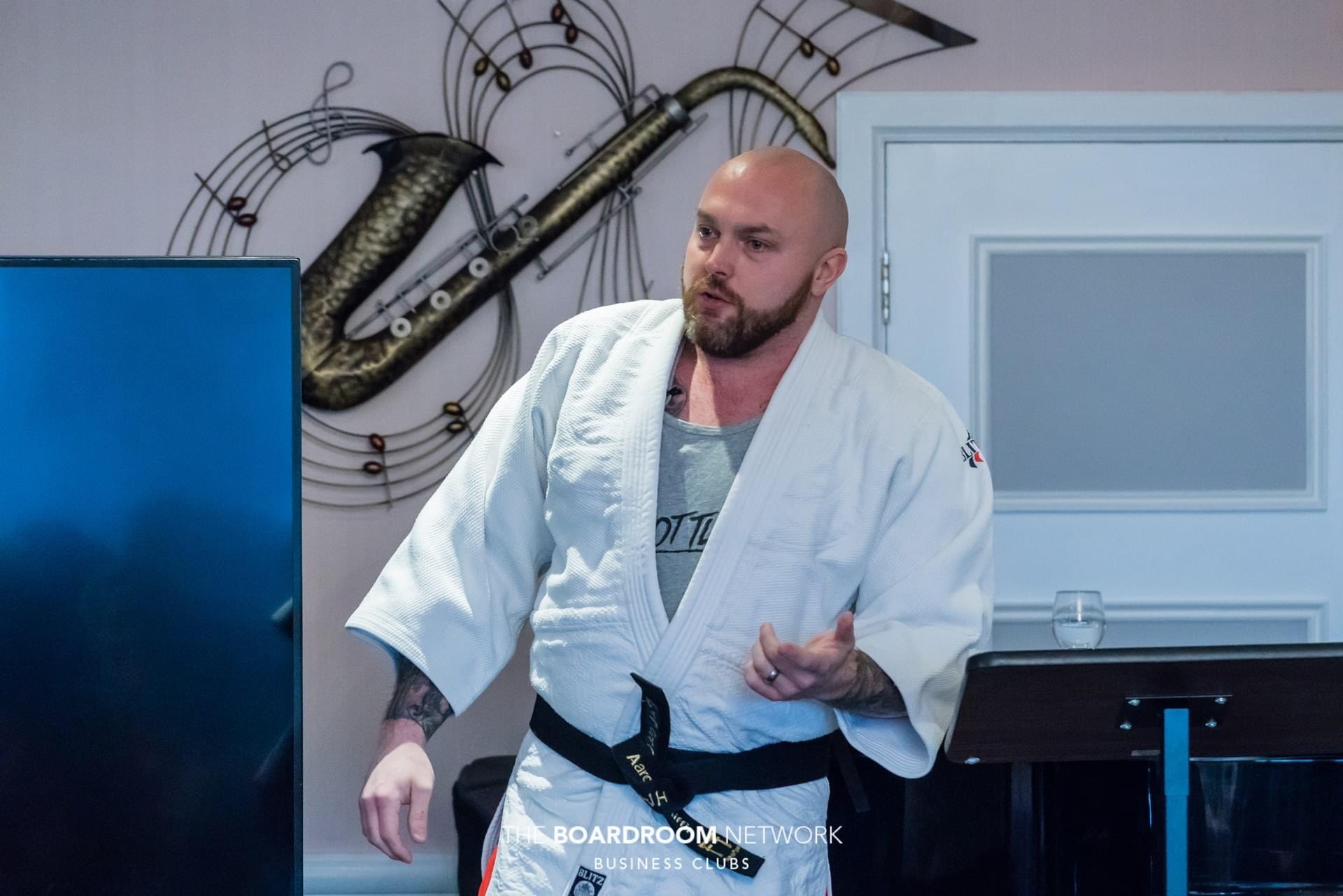 As Judo is a full-contact martial art, at times it’s inevitable that Judoka get injures, and I had my fair share. It’s very easy to tear a ligament, break a bone, dislocate a joint, or pull a muscle (I’ve done all of these) and make excuses to give up. It’s just as easy to injure yourself and postpone training for a few months until you’re better, but that’s not the attitude. What real sportsman do is to do what they can to train around their injuries. Don’t make them worse, let them heal by all means, but a broken finger doesn’t mean you can’t run and improve your fitness, or go to the gym and train your legs. Even in the worst case, you can still show up and support your friends to keep in the correct mind-set. Judo made me think about business in the same way in that we are bound to have obstacles, but we need to make the best of them, and work around them and do what we can. At the time of writing, we’re in the middle of a pandemic, and there are things we can’t do such as face to face meetings, but ways we can overcome these, for example, Zoom meetings

Martial arts are always known to instil respect, with Judo there things we always do, for example, bowing to an opponent or when we enter/leave the Dojo (room) or get on or off the Tatami (mat), but the real respect is always given to your opponent. If someone stands before you wanting to fight then it’s important to realise that they deserve to be there. No matter what their size, shape, or what belt they are wearing, they have trained hard to stand before you and deserve the utmost respect for doing so. Again the same with business; one of our best clients, who became a good friend over the years, first approached us as an eccentric with a very humble business idea. We treated him as if he was going to be our biggest client ever, bending over backwards to do what we could, and, guess what… that’s what he became! We wouldn’t be the business we are today without John!

In Judo the idea is to push and pull your opponent until they react, then use their own momentum against them. This means very subtle actions and a lot of attention to detail. I’m usually 16-17 stone and used to do a lot of powerlifting, but at the same time, I used to spar against a small lightweight black belt called Mani. He was very hard to fight and could throw me around like a rag doll at times, not through force, but as he had better attention to detail, and could read what I was going to do. The same is absolutely true in business, and we need to spend less time speaking and more time listening, and then take what we have learned to help our clients. This makes for a well-written proposal that promises what the client wants, and ultimately a product or service that will deliver what they expect. This means happy customers and a better business.

I’m 4 minutes into a fight in a competition; I’m struggling to get the oxygen in and seeing stars. I’m being strangled by my own Gi (Judo suit). I want to give up, I could end this just by tapping the Tatami (mat), but I don’t, I struggle and get free, only to be thrown and dislocating my big toe. Luckily the throw wasn’t precise enough to lose the fight, so I grin and bear it, and manage to pin my opponent on his back, but with all of my weight on my toes I’m in so much pain, and I’m grimacing counting down a timer in my head until I win the fight. Then I do win and get an ice pack, and suddenly the past 5 minutes no longer matter, it’s over and I won. Well, when COVID-19 reared its head many businesses feared for the worse, and we were one of them. Rather than shut up shop we decided, as a team, to fight until the end. It doesn’t matter what we have to do, how much we work, how long we’ll try, we’ll fight until the very end. So far the journey hasn’t been as bad as we had envisaged, far from it in fact, and we owe this to our ‘fighting spirit’.

A final lesson learned from Judo is always to be humble. There is always someone better than you, and even less experienced Judoka can catch you unaware. You can always learn, always improve, and just need to be the best that you can be. Absolutely this is true with business; don’t get complacent when times are good or jealous when times are bad. Create relationships with clients and competitors, and honour these no matter how your business is doing. Always be prepared to listen, you most certainly do not know it all, and make the most out of what you have.

For anyone with children, I would strongly suggest Judo, or any other martial art, not just for the ‘usual’ fitness, confidence or self-defence aspects, but for the other lessons that it instils, that genuinely give you a good foundation in life and business.

We are Webbed Feet, we have the fighting spirit

This article is categorised within:

Stay a step ahead by receiving our latest articles and news directly in your inbox.

* Your email address will only be used for our email newsletters, we will not share it with any 3rd parties, and you can permanently unsubscribe at any time by clicking a link at the end of the email. By submitting your email you agree to these terms. This site is protected by reCAPTCHA and the Google Privacy Policy and Terms of Service apply.